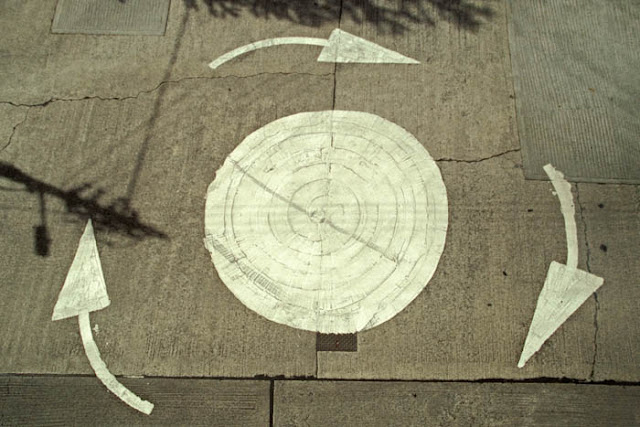 Michael Boran’s new series of photographs trace the path of an energy as it spins from the earth. The Sun Propeller is the engine of change and is seen in glimpses of phenomena from the edge of our peripheral vision. The sun moves a shadow of a table across a courtyard while a backpacker compares his position on a map against a cityscape of co-ordinates. Boran’s familiar themes of micro and macro cosmos are extended into the eternal and the now of photography. The spirals of Newgrange are found in the road markings of a roundabout, the Way is clear.

Utilising a wide range of techniques from time lapse, aerial photography and digital image enhancement the photographs reveal and revel in the actual, in a manner which references both the rigors of scientific photography and the evidence for “The Unexplained’. 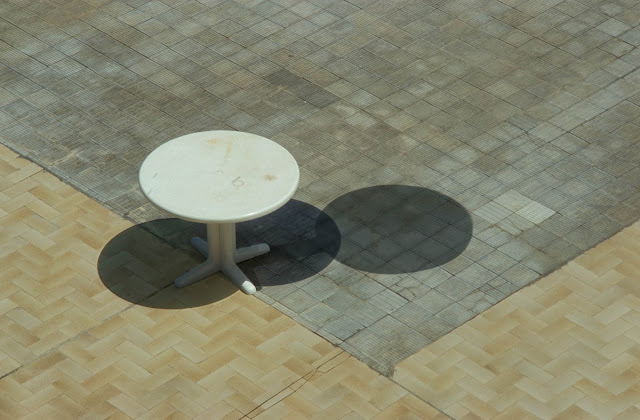 ART CHOICE
The Sun Propeller investigates the interplay of time and space in a sculptural manner, the series of photographs tracing the movement of the earth by focusing on shadows cast by the sun, on the positions of people and on circular shapes in the built environment. Michael Boran has developed in this direction from earlier work that featured models, cutouts and assemblage, using a wide range of techniques — from aerial photography, time lapse and digital enhancement — to produce unexpected effects, for example in Here and Now. Three Hours combines three shadows in one image, transforming a mundane plastic table into a sundial. Although playful, these works probe the relativism of perception, both in their unusual approach to the urban landscape and in their obvious relish in the technical manipulation of images. 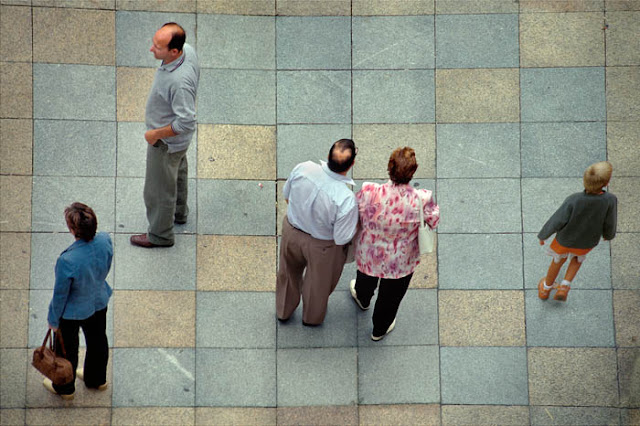 Email ThisBlogThis!Share to TwitterShare to FacebookShare to Pinterest
Labels: 2005 The Sun Propellor